THE SELLING OF BARE-ROOT GRAFTED TABLE GRAPE VINES HAS ENDED
Information
FAQ
Is it possible to shop in your nursery without online ordering?

You have to pre-order the grape vine plants, otherwise you will not be able purchase them. Read more...

Is it possible to plant grape vines also in the summer?

How do I know which grape varieties are suitable for my climate?

Growth and life processes of vine grape mainly influenced by climatic conditions opinion. The most significant factor contributing to the amount and quality of the crop is considered temperature. Read More...

Potted grape vines can be plant year round, as long as the soil is frost-free. On the basis that the potted grape vine already has a well-developed root system, the transplantation success is almost 100%, as opposed to the bareroot grape vine plants. Read more...

Is necessary to spray the resistant grape vine varieties?

We use the best security features

From the history of resistant grapevine breeding 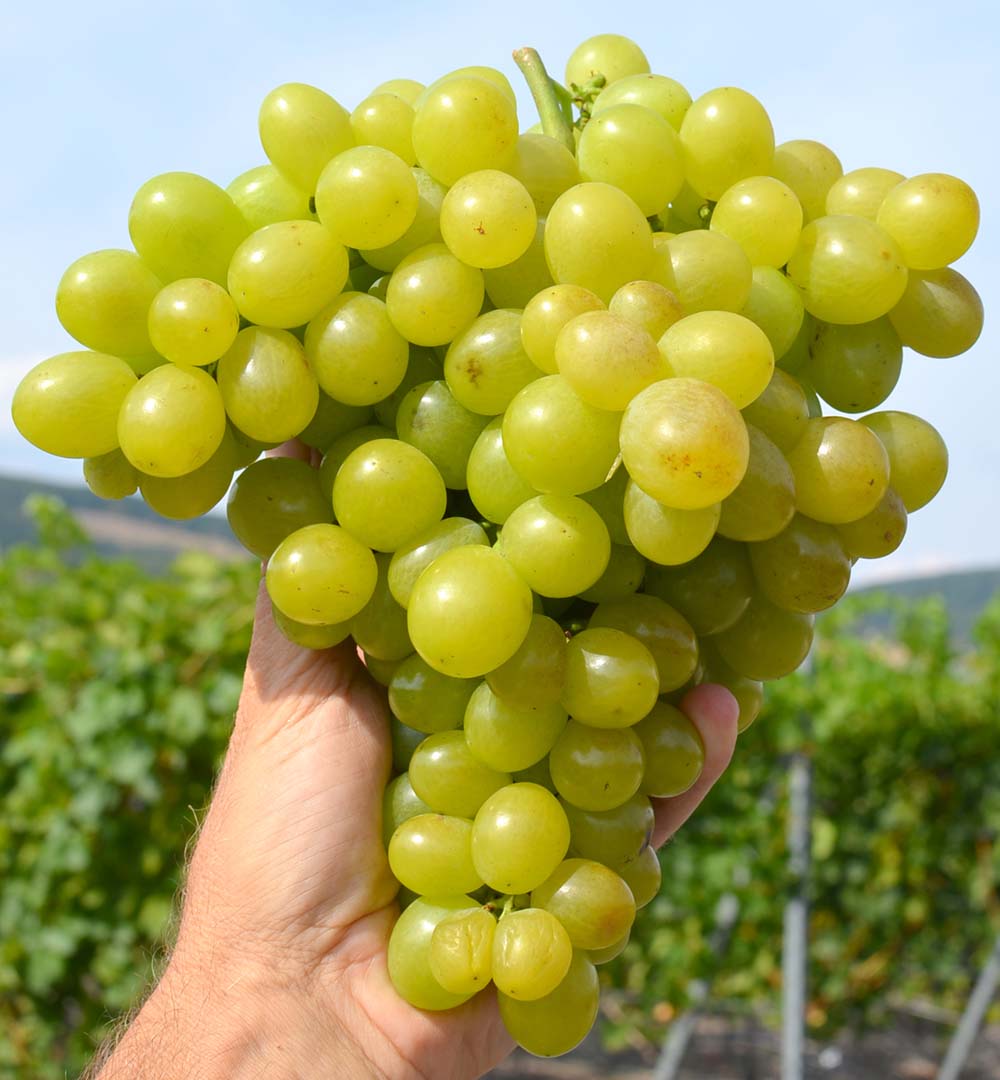 There are currently several thousand completely resistant table grape varieties cultivated in viticulture research institutes in Russia, Ukraine and Moldova. Let us now talk about the famous variety of Wostorg and their broad descendants family. The Wostorg variety has been bred in Russia for over 30 years as a complex arthybrid. At the time of cultivation, then known varieties and interspecific groups were used. Of the varieties Nimrang and Galan inherited large fruity and good taste characteristics at the level of the best European varieties. Of the varieties Sejanec Malengra and Malengr rannyj inherited fecundity and of different forms of the Amurrebe (Vitis amurensis) without which the viticulture in the north has no meaning - frost resistance.

Direct parents of Wostorg are hybrid with the numerical name 2-5-92-7-2 (his parents are Zarja severa x Dolores) and Russky rannij (his parents are Schasla severnaya x Mitschurinec).
Each success is preceded by a spectacular goal. In this case, Professor J.I. Potapenko and his students I.A. Kostrikin and A.S. Skripnikov. In any case, the idea of ​​growing large-fruited varieties with adequate frost resistance using Amurrebe as a donor of the required genes seemed at that time very brave. To achieve this, it was necessary to maintain a long way from the wild Amurrebe with berry weight of 1 gram to the final weight of 20 grams, while frost resistance -25 to -27 ° C.

The first result of crossing non-frost resistant varieties of Euro-Asian species such as Nimrang, Tajfi rozovyj, Katta-Kurgan with Amurrebe were Euro-Amur hybrids of the first generation: Severnyj, Zarja severa, Stepnoj and Mitschurinec. Berries of these varieties were still relatively small, had dark color but frost hardness more than -30 ° C. This was the first step towards success. The second step was crossing these varieties with the European large-fruited varieties. Second generation hybrids emerged, in which the genetic features and properties have already been divided. Varieties with different shape and color of the berries and with frost resistance -25 to -27 ° C, such as Fioletovyj rannij, Saperavi Severnyj, Stepnjak and others, which are still used as wine varieties. An elite group of table grape varieties such as Schasla severnaya, Ijuľskij, Dekorativnyj, Oktyabrskij and Dolores with a berry weight of 3-4 grams and a grape weight of 300 to 500 grams were produced together with these wine varieties. These varieties have been promising for the future. It was a real opportunity to get table grapes with even larger grapes and berries and at the same time highly resistant to frost.

Subsequent crossroads Euro-Amur hybrids of the second generation have brought even greater success. Two promising varieties of the third generation were produced: 2-5-92-7-2 (Zarja severa x Dolores) and Russkij rannij (Schasla severnaya x Mitschurinec). By combining these two genotypes, the fourth-generation hybrids were obtained. With berry weight of more than 5 grams, the elite have become the Euro-Amur table varieties. We were currently known varieties Agat Donskoj, Wostorg Chernyi and, of course, Mr. Wostorg. These varieties have quickly gained immense popularity between professional winegrowers as well as between the gardeners. Special mention among these varieties deserves Wostorg for its early maturity, resistance to disease and frost, and the ability to maintain for a long time high taste and market characteristics of the harvest. Grapes can hang on shrubs until late autumn.

As a high-quality variety, Wostorg was repeatedly used in hybridization, which was the first-generation hybrids after crossing the Wostorg variety with another parent species.