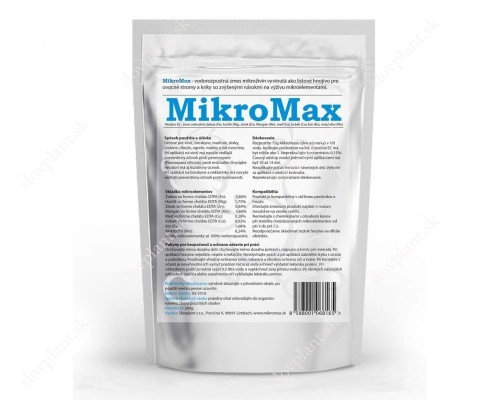 Foliar fertilizer for the grapevines, fruit trees and shrubs with increased demands for the microelements nutrition with side effect against some fungal diseases.

May be used as fertilizer for grapevines, peaches, apricots, plums, apples, currants, gooseberries, raspberries and more.
When used in the viticulture it has an additional preventive effect against downy mildew (Plasmopara viticola) and powdery mildew (Uncinula necator) also has healing properties.
When used on peaches and nectarines it has an additional effect against leaf curl (Taphrina deformans).